You have been asked to present something in front of an audience. Your palms start to sweat, your voice trembles and you walk from one side to the other like a scared chicken. Thomas Coucoulis knows very well what stage fright means and he can help you to overcome it so you can deliver the speech of your life.

Text: Sabela García Cuesta Photography: Teresa Enhiak Nanni
In German, a “Rampensau” is someone who loves being the center of attention at all times: “Rampe” literally meaning “stage” and “Sau” meaning “pig”. Thomas calls himself the “Rampenpfau”, trading in the pig for a peacock: a more elegant way to describe being in the center of attention in front of an audience. 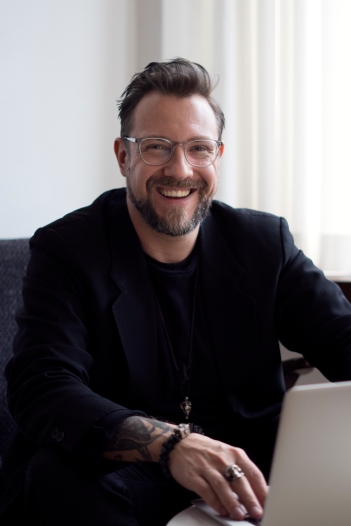 Thomas, have you always been a Rampenpfau?
The first time I was in front of an audience was at the age of four. My mum is a piano player and she gave a concert for Christmas so she asked me to play a song at the concert, too. At this time I had no stage fright at all, I just did it and it was great. Later, at the age of 15, I a got into a local radio station project and stage fright appeared all of a sudden.

Interesting! Isn’t radio different, since you’re kind of hidden?
Not really, the feeling is the same and the only difference is that you don’t see the audience directly. But you know it’s there and you need to be ready to perform

Is it common to have stage fright?
Absolutely! Some of the reasons for stage fright are in our brainstem, they belong to our ´basic human instincts. For example when you’re in front of an audience, you feel like you’re prey surrounded by a group of hunters, and that scares you. That’s why you don’t like it: your survival instinct wants to protect you. The second reason is related to the sense of belonging: you don’t want to endanger your relation to others by doing something that might not be approved of by your peer group.

Did you study something special to become a performance coach?
Let’s start by the roots. Before attending university, I worked as a radio DJ and also as a club DJ. My goal was to get a job in TV after finishing my Bachelor of Arts and my Master of Arts in Popular Music and Media Science. During that time, I already started giving seminars on presentation skills and on becoming a radio personality. Thanks to that work, I changed my mind and realized how fulfilling it was to help other people to develop and grow, so I got deeper into this and started my training on coaching.

That’s a long road!
Yeah, I realized it is more interesting to work with people on a deeper level, in order to deliver results that last. I continued my education in psychotherapy, and I also wrote a dissertation in rhetorics for which I developed my own rhetorical system: you can have a look at my book here.

Who usually comes to you for help?
People with fear. Those who need to present their products or host a big event. Sometimes I have people coming for private issues, for example wedding speeches. Basically, my work helps anyone who wants to speak publicly with less fear and more success.

Do you have a success story you’re particularly proud of?
Last year, I trained the now well-known Hamburg startup Tastillery for their appearance on Die Höhle der Lowen. We worked on the goal of the presentation, the script, some rhetorical tricks and presentation skills. In around six to eight hours of training got a lot of work done and got awesome results! Tastillery received 11,000 orders after their appearance on Die Höhle der Löwen, really amazing!

Does outfit and appearance also play a role when presenting?
You can optimise everything, sure, and on stage the most important thing is that you feel natural and authentic. Your outfit and your body language are a big part of it! 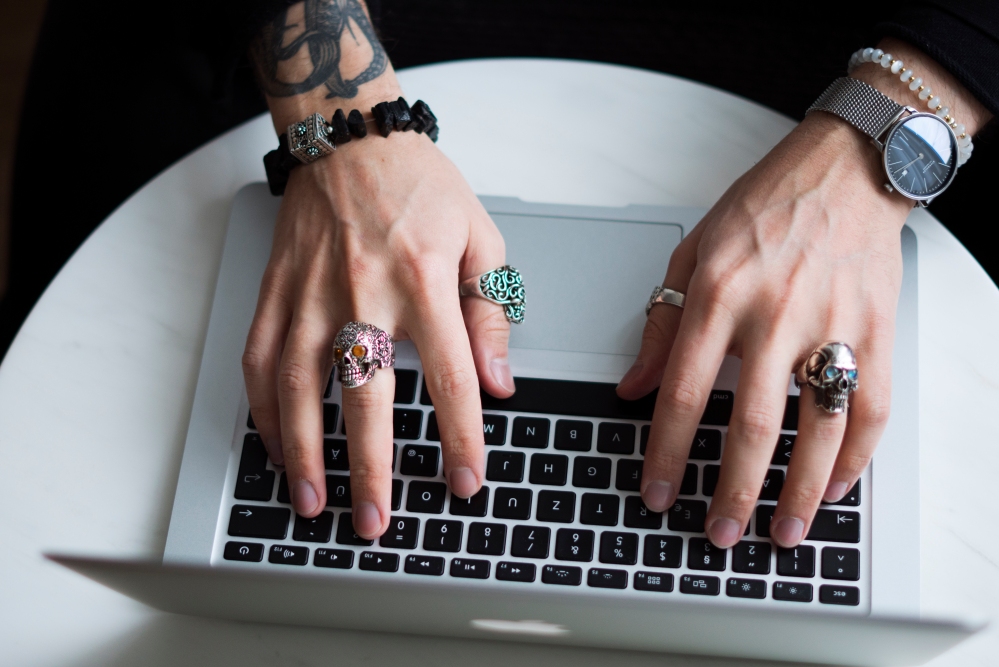 Can you give us some tricks on how to improve our performance?
Well, pay attention to your body language. Video training is something that works very well most of the time. The camera gets a neutral perspective of the way you act in front of an audience. Most people don’t like their voices because it sounds unnatural to them, but seeing yourself in a video helps you to see the points where you have to change. A common mistake is that people run all over on stage, which is a normal animalistic reaction to get rid of stress.

“Imagine your audience naked” is a trick we hear very often. Does it work?
No, I don’t give those kind of tips (laughs). The most important thing is actually to keep control of your breath. With the right breathing you can influence your central nervous system and reduce the stress hormones by tricking your stem brain.

Is there any difference between women and men when dealing with public speaking?
Women are better at communication and usually have more empathetic skills that men often lack. Men, however, usually have less doubts and are more confident in front of an audience, which doesn’t mean they don’t have stage fright. But at the end of the day, it’s not your gender that makes for a good presentation, but your will to work on it and improve yourself. And if you can’t get it done alone, get a professional to help you!

You know I love public speaking so I will come back to you for some more tips. Thanks Thomas!

You can also get in touch with Thomas if you need some help with a particular speech or you have an important occasion and you want to surprise your audience. Now he’s also working on his video online course!

View all posts by guteleutehamburg

This site uses Akismet to reduce spam. Learn how your comment data is processed.